You are interested in Dystopia or utopia? Author and futurist Ramez Naam revisits his 2015 predictions for the world right? So let's go together Ngoinhanho101.com look forward to seeing this article right here!

At GeekWire, we don’t mind being held accountable for our predictions. But if we can hold others accountable — well, that’s something special.

In this case, the someone is Ramez Naam, the futurist, science-fiction author, computer scientist and current energy and environment co-chair at Singularity University. Naam, who gamely joined us for a recent episode of our special podcast series on science fiction, the arts, and popular culture, agreed to re-live and re-visit his 2015 GeekWire Summit take on the near future.

Spoiler alert: Naam’s observations then turned out to be mostly consistent today. But there was at least one unexpected outcome.

In October 2015, Naam appeared in a GeekWire Summit session with former astronaut Ed Lu and science-fiction writer Nancy Kress. I moderated the wide-ranging discussion, including a lightning round, in which I presented seven short possible future scenarios, and asked them to give their takes. They could give only one of three responses to each of the seven situations: “utopia,” “dystopia,” or “it’s complicated,” with a few words of explanation.

Fast forward to February 2018, a blink in geologic time but an epoch in the advance of technology. Naam’s first subject up for reconsideration: Uber as a viable alternative to mass transit.

Then, Naam said, “Utopia mostly. We can cut the emissions of those vehicles tremendously and the cost of transport should drop another fifth.” Today, Naam remains optimistic. “Utopia, mostly, and it’s coming,” he said.  “Certainly autonomous electric shared ride services will get down to about 25 cents a mile and they’ll be cheaper than buses.”

Naam also consistently dubbed a utopia the related transportation prediction that self-driving cars reach 50 percent market penetration. In 2015, he said, “Utopia, a half-a-million lives a year saved.” In 2018? “If we’re talking globally, that would probably save half-a-million lives and 25 billion hours in the U.S. alone of driving time,” he said.

Number three: The internet of things. “Mostly a utopia, but the security implications are still terrifying,” he said as he reconsidered the topic on the recent podcast. This, it turned out, is an uptick from two-plus years ago, when Naam’s response was a non-committal, “It’s complicated.” Yet even back then he warned, “It’s nothing like secure at all.”

Next up: Robots overcoming the “uncanny valley” and becoming indistinguishable from us. In 2015, Naam saw this as a utopia, and he still feels this way. His original take: “I think there’s a huge range of situations where people need more care, where empathy is an important thing.” Naam said now it wouldn’t be without “some risks,” but “in Japan for instance: aging population, very few young people. What if you have something that can provide emotional labor and help keep those old people company? I think huge upsides.”

Technology moves faster than society, and society even has multiple strata.

It was at this speculative spot that the utopian responses, even qualified, ended much as they did in 2015.

A postulated iPhone 17S? (Then: “Who cares?” Today: “Irrelevant. It no longer matters what Apple does … Android will eat their lunch globally.”)

All new knowledge existing only in digital form? (Then: “Dystopia … dangerous.” Today: “That would bum me out … It’s harder to falsify data that exists in paper and lots of places.”)

And finally — keeping in mind this was October 2015, more than a year before the national election — President Donald Trump?

Naam doesn’t recant the visceral response he gave at that time: “Oh my god, dystopia.” But today, he does expand upon it. “At the time it seemed completely implausible, no way it could happen,” he said. “And now here we are living it.”

Many of these what-ifs recall a frequent theme of Naam’s writing and speaking: building resilience, both organizationally and individually, to technological change. “Technology moves faster than society, and society even has multiple strata,” he explained. Each is subsequently more sluggish, starting with how fast the next generation learns, to how fast we learn, to how fast organizations learn, and finally to how fast government learns.

So to deal with rapid change, Naam said, “We have to be more experimental as a society.” Governments may have to try different policies just to see which ones work. “That would be anathema to the way that politicians voice certainty of, ‘X will do Y.’ But that’s how science works. It’s how innovation in business works,” he said.

Finally, in light of Naam’s self-described optimism, we re-asked one final question from the 2015 GeekWire Summit — what keeps him up at night?

This time, it’s the current Administration (though he also pointed out the U.S. governmental system, too, has proven remarkably resilient over time). Back then, he said, it was most likely checking Twitter.

Listen to the entire interview — including discussions on the importance of technological scale, and why the state of the world may not be as bad as people think it is — in the GeekWire podcast above. Download the MP3 here.

Conclusion: So above is the Dystopia or utopia? Author and futurist Ramez Naam revisits his 2015 predictions for the world article. Hopefully with this article you can help you in life, always follow and read our good articles on the website: Ngoinhanho101.com 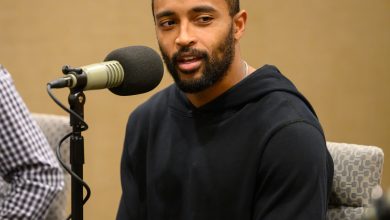 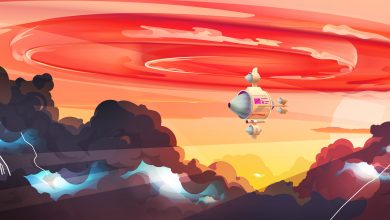 GeekWire Radio: Sports, tech and the future of being a fan 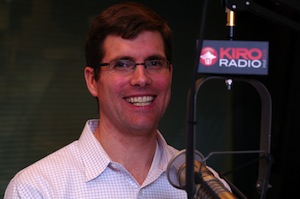 GeekWire Radio: With iPhone in hand, T-Mobile tries to shake up the wireless business