This week on the GeekWire Podcast: How the antitrust case against Facebook could impact the rest of the tech industry; the state of Seattle as “Cloud City”; and first impressions of SpaceX’s Starlink satellite broadband service from a user of the company’s “Better Than Nothing Beta.”

Our guest commentator this week is Seattle-area angel investor Charles Fitzgerald, co-organizer of the Cloud City Meetup and a tech industry veteran who worked in product management and platform strategy with companies including Microsoft, Mozy and VMware. He blogs at platformonomics.com.

Listen below, subscribe to the GeekWire Podcast wherever you listen, and continue reading for highlights and takeaways from this week’s show.

Facebook antitrust case: We discuss the Federal Trade Commission and 48 states seeking to break up the social media giant through a forced spin-off of WhatsApp and Instagram.

The case has a “double jeopardy feel to it,” said Fitzgerald, who was at Microsoft during its antitrust era. The outcome could impact the M&A market even beyond the tech industry if the government starts going back years after the fact, seeking to undo deals that were allowed to proceed.

Fitzgerald last year proposed an alternative antitrust remedy for Facebook: turning the underlying social graph into a regulated utility, and making it available for use by other companies.

“It doesn’t lend itself to sound bites that you can do on cable TV, so it’s probably not going to happen,” Fitzgerald said. “But the better approach in my mind would be to expose that Facebook social graph via an API that allows anybody to effectively bootstrap on that graph.”

State of Cloud City: The cloud industry in the Seattle region remains strong, Fitzgerald says, from the giants such as Amazon, Microsoft and Google to smaller cloud startups. Even as remote engineering centers come and go, the technical talent is sticking around.

“I think it’s firing on all cylinders,” he said. “We’re really getting to a breadth and depth that hopefully is self-sustaining and continues to grow over the course of the next decade or so.”

At the Cloud City Meetup this week, guest speaker Bob Muglia, the former Snowflake CEO and Microsoft Server & Tools leader, said a key trend he sees right now is the rise of apps that use data in combination with predictive analytics to act autonomously on behalf of businesses.

“A large part of the story today is the tools and the systems and the infrastructure to build the data apps sucks. It’s terrible,” Muglia said at the event. “Today, it’s super, super nascent to do this. And one of the changes I see happening in the next three years is the maturation of the infrastructure.”

SpaceX Starlink: Fitzgerald has been trying the Starlink satellite broadband service, developed in Redmond by the Elon Musk company. Fitzgerald is a fan so far, calling it “amazing.” He goes into more detail in the third segment of the show. Starlink was in the news this week for landing $885.5 million in federal subsidies for rural broadband access.

Trivia Contest: We wrap up with the answer to our trivia question from last week: what does Slack stand for as an acronym? The answer: “Searchable Log of All Conversation and Knowledge.” Congrats to our winner, Lily Dias, chosen at random from the pool of correct answers, who will receive a GeekWire mask as a prize. We’ll have a new trivia question on next week’s show.

Conclusion: So above is the GeekWire Podcast: Facebook fallout; Seattle’s status as ‘Cloud City’; testing SpaceX Starlink article. Hopefully with this article you can help you in life, always follow and read our good articles on the website: Ngoinhanho101.com GeekWire Radio: This startup founder wants to help you find a better babysitter

Interview: Paul Allen’s artificial intelligence guru on the future of robots and humanity 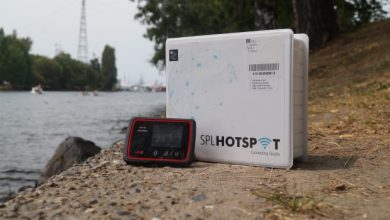 Podcast: What it’s like to check out an Internet hotspot from the library Geared Up for the Super Bowl: Last-minute TV recommendations for the big game