You are interested in GeekWire Radio: This 15-year-old iPhone stethoscope inventor is just getting started right? So let's go together Ngoinhanho101.com look forward to seeing this article right here!

It’s been a big month for Suman Mulumudi, 15-year-old inventor of the Steth IO smartphone-enabled stethoscope — with an appearance on The Tonight Show with Jimmy Fallon, followed by a first place finish at the WTIA Spring First Look Forum.

So who is this young entrepreneur, and what makes him tick?

We’re pleased to welcome Suman as a guest on the GeekWire radio show this week. We get the back story on the Steth IO, talk about his whirlwind month, and get a sense for his life as a 15-year-old inventor, a freshman at Lakeside School in Seattle (alma mater of Bill Gates and Paul Allen) and the son of two doctors.

Suman tells us about the environment of respectful questioning at home that helped him develop a scientific mind. The spirit of entrepreneurship in the Seattle region has also influenced him, he says, with the story of Gates and Allen serving as an inspiration.

Listen to the show via the audio player below or via this MP3 file. The conversation with Suman begins in the second segment, at 9:25, following our opening news segment.

The Steth IO is a smartphone cover that has a stethoscope diaphragm on the back, funneling sound to the smartphone microphone, where it’s collected by an app for analysis and diagnosis. The technology can detect heartbeats in more detail than traditional stethoscopes, helping doctors diagnose certain conditions sooner than they could otherwise. It’s not yet available for sale, and a price hasn’t been set, but it’s expected to be marketed for both physicians and consumers in the home. The prototype works with the iPhone, but an Android version will also be made.

As Suman makes clear, he’s just getting started, with another medical invention already in the works.

“I definitely want to go to college, for sure, but also I do really want to pursue entrepreneurship,” he says. “Whether that’s in the medical field is yet to be seen. But I definitely want to continue moving forward in my life to create products with the goal of helping benefit the world.”

The show starts with our weekly news roundup, covering topics including the the unveiling of Microsoft’s Surface Pro 3, and the debut of Amazon’s first children’s television series, Tumble Leaf. (The parents’ app that John was trying to recall was the Kids Media App from Common Sense Media.)

App of the Week: Nudge, a tracker for fitness trackers, for iPhone and Android.

Name that Tech Tune: This week’s contest features a sound vs. a tune, and it’s a challenging one. Here’s the sound. Do you think you know what it is? Send your answer to [email protected]

From the pool of correct answers, we’ll pick one person at random to win a pair of VIP tickets to the Budweiser Made in America Seattle party and concert, coming up at the WaMu Theater on Thursday, May 29.

Are you stumped? Here’s the full Name that Tech Tune segment, with a few additional clues about the sound.

Podcast bonus: This version of the show also includes a fifth segment that didn’t air on the radio. John and I discuss some of the behind-the-scenes highlights from the week, including Amazon’s shareholders meeting, and the new iPhone app Sworl for framing pictures from your smartphone.

Conclusion: So above is the GeekWire Radio: This 15-year-old iPhone stethoscope inventor is just getting started article. Hopefully with this article you can help you in life, always follow and read our good articles on the website: Ngoinhanho101.com 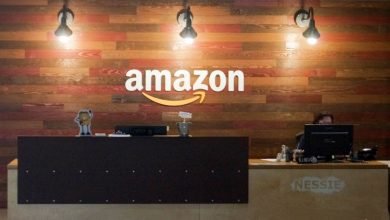 Week in Geek: How Amazon is shaking up its controversial employee reviews 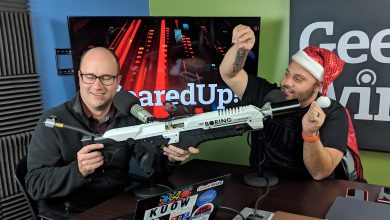 Geared Up: Alexa from end to end, a hot-selling Elon Musk keepsake, and more crazy moments of 2018