You are interested in Goodbye, iPhone: How Microsoft convinced me to switch to Android and the Samsung Galaxy Note10 right? So let's go together Ngoinhanho101.com look forward to seeing this article right here!

Ever since switching from an Apple MacBook to a Windows 10-powered Lenovo ThinkPad last year, I’ve kept using my iPhone. I’ve struggled without the seamless connection between smartphone and laptop, as described in this recent post and podcast. Microsoft’s expanded partnership with Samsung promises to fix this.

Well, I’m officially on board. This week I pre-ordered a new Samsung Galaxy Note10+ and gave up my iPhone X for its trade-in value. There’s no turning back now!

So what can I expect? For some guidance through the process, I talked with tech reviewer Andru Edwards of GearLive.com and the Geared Up podcast. He offered his take on the Samsung announcements, especially the differences between the Note10 and the larger Note10+, the trade-in options and other features.

[Listen above or subscribe to GeekWire in your favorite podcast app.]

After deciding to make the switch, my big dilemma was which version of the Galaxy Note10 to get: the $1100 Note10+ with the 6.8-inch screen, higher-resolution Quad HD+ screen, 12GB of RAM, and up to 512GB of internal storage with the option for up to 1TB with a MicroSD card; or the smaller, $950 Note10 with a 6.3-inch screen, lower-resolution display, 8GB of RAM and a limit of 256GB of internal storage.

As you’ll hear in the show, Andru persuaded me to go with the higher-end model, to ensure I get the best technology experience possible. I agree that I should see the best of what Samsung has to offer in a phone.

Still, I’m more than a little nervous about the size of the phone in my pocket, and I ordered the device without holding one first. One of the reasons I loved the iPhone X when I upgraded from the iPhone 7 Plus was the more pocketable size, which is much easier to carry around.

Previously: Microsoft has finally found its smartphone: Why the Samsung Galaxy partnership is so promising

I’m also very reluctant to give up my AirPods. Yes, Apple’s wireless earbuds can work with any Bluetooth device, but the seamless integration with the iPhone is a major selling point. I used Samsung’s $150 preorder credit to buy a pair of Samsung Galaxy Buds, and part of the fun will be comparing them to the AirPods.

One important note for anyone considering making a similar change. Although you can get up to $600 for a trade-in, the amount varies widely depending on your existing phone and carrier. In my case, I was able to get $300 for my iPhone X on trade-in. So you’ll want to take your specific trade-in value into account.

As mentioned, the big selling point for me is the promise of smooth integration between the Galaxy Note10 and my Windows laptop. I’m looking forward to seeing pictures appear seamlessly on Windows after I take them on the phone, and also having text messages and phone calls integrated, among other features.

Yes, as noted by some readers on last week’s post, Microsoft’s Your Phone app and workarounds make some semblance of this possible now, but what Microsoft and Samsung showed is more akin to a native integration.

Did I make a mistake in switching from the iPhone X? Did I choose the right model of Note10? I’ll keep everyone posted with regular updates after I get the new phone next week and make the switch.

Conclusion: So above is the Goodbye, iPhone: How Microsoft convinced me to switch to Android and the Samsung Galaxy Note10 article. Hopefully with this article you can help you in life, always follow and read our good articles on the website: Ngoinhanho101.com 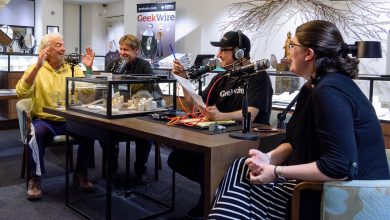 Startup survival story: Armoire’s remarkable journey from sequins to sweatpants and back again 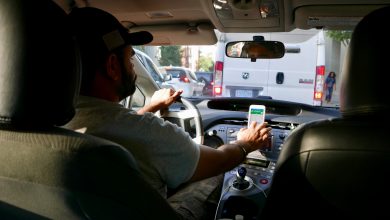 Week In Geek Podcast: Uber and Lyft meet healthcare, and is Amazon good for Seattle?