The Mevo tiny webcam-like camera, invented as a pure livestreaming solution for those who didn’t want to use their bulky cameras or battery-challenged phones, has been reinvented as live streaming has suddenly come of age.

The new $399 Mevo Start edition has a longer-lasting battery than the original, improved audio and video resolution and a smaller body.

Webcams are sold out on Amazon and Best Buy and being sold for twice their list price on eBay, but the Mevo Start will be in stores next week. It’s like a webcam in that it offers a fixed-focus image and plugs into the USB port of your computer. It’s different in that, with the companion smartphone app, users can edit the image on the fly, zooming in and out and giving the viewer different looks, like a TV director.

For those looking to livestream worship services, conferences and sporting events, Mevo is a viable alternative to a battery-sucking phone or bulky camera. It streams directly to major platforms Facebook, YouTube, Twitch and Twitter, and LinkedIn is coming soon. (Mevo doesn’t work with Instagram because Facebook hasn’t opened the platform to third parties.)

What it doesn’t do is let people replace their low-resolution computer camcorder with a higher-resolution alternative for meetings on Zoom, Google Hangouts or Skype. In May, a software update will allow for that.

During the COVID crisis, demand for Mevo cameras has increased “tenfold,” according to Max Haot, the founder of the company who sold Mevo to IAC’s Vimeo in 2017, then bought it back in 2019.

“I love the product,” he says. “When I got the chance to lead it again, it was too good to pass up. I’ve always been saying that every event should be livestreamed. Now it’s happening.”

Haot’s original idea was to build a camera purely for livestreaming from the ground up. The new Start was originally priced at $299. Amid the newfound demand, it’s increased to $399.

In a twist, Haot reached out to the public to invest in the company through the WeFunder crowdfunding platform that sells shares directly to the public. “Help us avoid being out of stock by investing in Mevo,” Hoat asks on the WeFunder web page.

There he predicts sales of 500,000 cameras within the next five years. About $400,000 has been raised of the total $1 million investment he’s looking at.

Unlike traditional stock market investing, crowdfunding investing is more akin to “angel” investing, he says, in that the payoff comes with future potential dividends, getting listed on the public markets or a sale.

Haot has many competitors. One popular livestream solution is to connect a mirrorless or DSLR camera to the computer with free OBS software, or connecting to a paid software such as eCamm Live (starts at $12 monthly.) Sling Studio is another option but starts at $999 before cameras are added.

To get Mevo to work with the videoconference apps such as Zoom and Microsoft Teams, he’ll release an app, “Mevo Webcam,” for computers in May. “It will make Mevo appear as a webcam with any software,” he says, but it’ll have the Mevo twist of being able to alter the image by zooming in, record the audio to a separate memory card and stream to places such as Facebook without having to use a computer or phone.

Mevo, which has sold 90,000 cameras in its first three years, saw $5.9 million in 2019 revenue. Hoat says his factory in China is running at full capacity.

Conclusion: So above is the No webcam? New Mevo can fill the void and stream to Facebook, Twitter and YouTube article. Hopefully with this article you can help you in life, always follow and read our good articles on the website: Ngoinhanho101.com 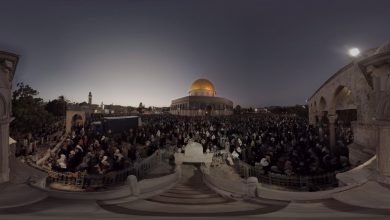 From Mecca to the Vatican, exploring sacred sites with VR 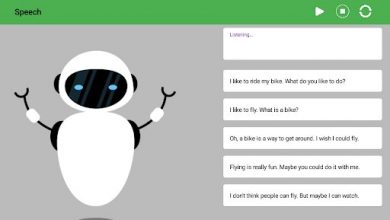 Do Alexa and Siri make kids bossier? New research suggests you might not need to worry 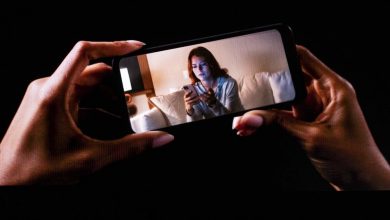