Eyeing Tesla’s success, major automakers are hurling themselves into the electric vehicle market as governments set ambitious zero-emissions targets and drivers around the world look to go electric. While Elon Musks’s pioneering company currently dwarfs rivals by stock value, it now faces a new level of competition from traditional manufacturers with deep pockets and many decades’ experience making cars.

“It’s an EV arms race,” said Wedbush Securities analyst Dan Ives. Tesla has “a bullseye on their back—the whole auto industry is gunning for them.”

Experts say probably not anytime soon—but the company that’s been an EV trailblazer with a cult-like following needs to capitalize on its strengths to stay ahead in the race.

Legacy players are just getting started in mass EV production, but have the resources to scale up quickly, according to analysts. Tesla will likely lose market share as other players start selling more EVs. And just about everyone is angling for a piece of the market, from Ford and GM to Toyota, Hyundai, Honda, Porsche, Jaguar and Mercedes. Yet amid an explosion of global demand, Tesla’s expansion, its momentum in production, and the strength of its brand mean major auto makers are entering the race going uphill and from far behind.

“The legacy companies need to shift, dramatically,” said Tammy Madsen, a professor in Santa Clara University’s Leavey School of Business. “We’re seeing companies like General Motors becoming more agile than they have before.” But Tesla also has advantages that position it for long-term growth and survival, Madsen said. “They have a lead in market share, are focused on scale, and they continue to innovate,” Madsen said. “Everyone else that’s following has to move at a faster rate to catch up.”

Tesla, which last year moved its headquarters from Palo Alto to Austin, is the clear frontrunner. The firm’s Model 3 sedan has been the best-selling EV in the world for the past three years, and its Model Y was third-best last year, behind China’s Wuling mini-car, according to data firm EV-Volumes.com.

Yet Tesla remains a scrappy upstart by total vehicles produced, despite selling many more EVs than any other company. Last year, the company reported delivering 936,172 electric cars to consumers, while General Motors alone reported selling 2.9 million vehicles of all types and Volkswagen reported delivering 8.9 million. Major auto makers, whose fossil-fueled conveyances have ruled the world, are falling all over themselves to embrace the EV market. Volkswagen—dabbling in EVs since 2013 and going big since 2020—said it sold 452,900 of them last year—a fraction of Tesla’s current output. General Motors CEO Mary Barra said in a February letter to shareholders that GM aims to produce more than 1 million EVs in little more than three years. Ford said in May it expects 40% of its vehicles to be electric by 2030, and has cited overwhelming demand for its upcoming electric F-150 pick-up truck, while Musk has been promising but not delivering a pick-up since 2017.

With governments around the world setting targets for electrification of transportation—the White House wants half of all new-vehicle sales to be EVs by 2030, and California has ordered that all new cars and light trucks sold must be zero-emission by 2035—legacy auto makers, along with startups, are scrambling furiously for market share, brand recognition, and a huge pile of loot: The annual EV market world-wide is expected to balloon from 2019’s $162 billion to $803 billion by 2027, according to Allied Market Research.

Dietmar Burkhardt, owner of the dealership Sunnyvale Volkswagen, noted that skyrocketing gas prices have hiked interest in EVs. Many drivers in the wealthy and tech-positive Bay Area are keener than ever to leave fossil fuels behind, with customers at his lot pre-ordering more than 300 of VW’s new electric ID.4 compact SUV. Demand for the car is strong across the U.S., he said.

“We have a lot of work to do,” Burkhardt acknowledged. “Volkswagen clearly understands that software development is a huge part of playing in the EV market and this is something that frankly we’re a little bit behind the curve on,” he said. “But there are huge investments being made to get us on track and I’m confident we’ll get that issue taken care of. Having the heritage we do, making automobiles, as opposed to electric motors with iPads attached, is really an opportunity. It’s a very exciting time.”

But legacy automakers must convince buyers to choose their EVs over Musk’s. Tesla has an advantage in the U.S. with a powerful brand tied to singular production of EVs and has built similar enthusiasm in China and parts of Europe, said Cox Automotive analyst Michelle Krebs.

Tesla just started producing vehicles from a factory in Berlin, after opening a Shanghai factory in 2019 to serve the growing Chinese market. The firm plans to open a new factory in Austin early next month, and Musk tweeted this month that Tesla, already operating its Fremont factory at full capacity, is considering “expanding it significantly.”

Chinese EV startups present competition for Tesla in Asia, and U.S. startups such as Rivian and East Bay-headquartered Lucid Motors are pushing into the high-end market Tesla feeds, Krebs noted. Major car makers may come out with models consumers would see as strong alternatives to a Tesla, she added. “We have seen things like the Mustang Mach E and VW ID.4—they’ll nibble around the edges of Tesla but the market is expanding overall and Tesla remains dominant, at least in the U.S,” Krebs said.

Wedbush analyst Ives believes Tesla may be delivering 5 million cars annually within a few years. He expects EV buyers globally will spend $5 trillion over the next decade, with Tesla reaping half of that and the rest going to major carmakers and startups.

Still, Tesla has struggled with quality and safety issues: 11 recalls in four months recently, plus federal probes over purported “phantom braking,” and crashes linked to the firm’s “Autopilot” driver-assist systems. And Tesla owners complain about delays getting cars serviced at special centers, Krebs and Ives noted.

Tesla did not respond to a request for comment.

Many of Tesla’s rivals will play key roles in meeting EV demand, but the exploding market means it is not a zero-sum game, Ives noted. Tesla has Apple-like cachet, and Musk is widely seen as a brilliant, quirky visionary with a proven ability to execute on grand schemes, Ives said.

“It’s ultimately Tesla’s world and everyone else is paying rent,” he said. “It’s like a traveling circus that’s changed the auto industry forever.”

Conclusion: So above is the Tesla: Will Big Auto eat pioneering electric car maker’s lunch? article. Hopefully with this article you can help you in life, always follow and read our good articles on the website: Ngoinhanho101.com 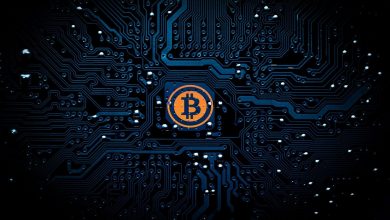 Fort Worth, Texas becomes first city government in the US to mine Bitcoin 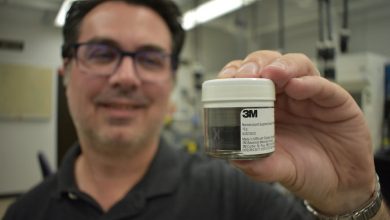 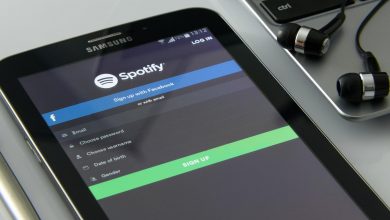