Update, Aug. 22: Less than 24 hours after announcing his exit from the presidential race, Inslee said he will pursue a third term as Washington’s governor.

Inslee told MSNBC’s Rachel Maddow he is leaving the race because “it’s become clear that I’m not going to be carrying the ball.” He did not say whether he would run for a third term as governor in Washington.

“I’m not going to be the president so I’m withdrawing tonight from the race,” Inslee said. “But I have to tell you, I’ve been fighting climate change for 25 years and I’ve never been so confident of the ability of America now to reach critical mass, to move the ball. I believe we are going to have a candidate to fight this battle.”

Inslee has been a long-shot candidate since he announced his presidential ambitions in March. But he said he felt compelled to enter the crowded field because of the urgency of the climate crisis.

Never flashy, @JayInslee didn’t find his lane. But he impressed me with his smart, earnest advocacy around climate change and an array of issues.
He leaves with his dignity in tact and reputation enhanced, which isn’t always true in presidential races.https://t.co/6ItcBuqDvZ

“We are an optimistic America that can do big things,” Inslee said at the Seattle event where he kicked off his campaign. “We put a man on the moon. We created the digital economy. Now I am calling on Americans to engage in a new national mission, a mission to fight climate change.”

Congratulations to @JayInslee on his impactful campaign to bring the climate crisis to the forefront of the national conversation. There is no more important issue facing humanity. Together we will work to pass a Green New Deal and create millions of jobs.

Thank you @JayInslee for fighting every day to make sure that climate change remains a primary focus of this election. Climate change is real and it’s a crisis—and I will keep fighting alongside you to take bold action before it is too late.

Few leaders have done more to shine a light on the climate crisis than @JayInslee. His voice will be missed in this primary but I know he will continue this fight.

We’re facing a climate crisis, and we must summon the courage to confront it before it’s too late. Thank you, Governor Inslee, for demanding that America meet the urgency of the moment. https://t.co/1qYvBREzS3

[email protected] is right that climate change is an existential threat to our way of life – I know he will continue to fight for the future in Washington and everywhere. ???

Thank you @jayinslee for advancing the conversation about the urgent threat of climate change—our country is better for it. I know you will continue to be a powerful voice and move the needle on this issue. We’ll be right there with you.

Governor @JayInslee made the climate crisis the centerpiece of his campaign and our nation is better because of it. Thank you for the bold ideas you brought to this race Governor.

Thank you, @JayInslee, for your unwavering effort to save our planet. Your candidacy has kept our most pressing issue at the forefront of this race.

Let me know when you’re up for that road trip!

“We started saying climate change needs to be the number one job of the United States,” Inslee told Maddow. “I felt very good about saying that the first days of my campaign. I feel very good saying that now. The reason is this has just become more urgent.”

Inslee began exploring the possibility of a presidential bid in late 2018. He told GeekWire he was “seriously thinking about it” during an on-stage interview in which he held up Washington state as a model for the other Washington.

“I do believe that we have a story to tell the rest of the country of what I call the Washington way … we have developed the number one economy in the United States because we have adopted progressive policies that have a middle-out system of economic development,” he said.

The governor’s climate agenda got a boost in April when Washington state passed one of the nation’s strongest clean energy bills. The legislation aligns stakeholders around environmental goals and establishes a statewide carbon neutrality mandate by 2030.

Inslee reiterated his commitment to continue his environmental crusade in a statement issued Wednesday night. It’s available in full below.

As a close ally in a noble cause, I want to share a tough decision with you:

I know you agree that our mission to defeat climate change must continue to be central to our national discussion — and must be the top priority for our next president. But I’ve concluded that my role in that effort will not be as a candidate to be the next president of the United States.

On Monday, our campaign hit one of two critical DNC thresholds to qualify for the next debate — 130,000 grassroots donors. Reaching that challenging milestone proves the strong support that defeating climate change has amongst the grassroots of our party. However, at the same time we reached this threshold, it became clear that we would not meet the DNC’s polling threshold, thus we would not have been invited to the fall debates. As a result, I don’t believe we can compete for the attention and exposure needed to have a reasonable shot at the nomination.

As disappointing as this is, it is only right to recognize what we have accomplished and how far we have come together. As a governor, I came into this race with zero federal dollars, a small state-based email list, and limited name recognition, yet together we hit a target that half of the field has not hit — the DNC’s grassroots supporter metric.

The tremendous grassroots outpouring of 130,000 individual donors, from every state in the nation, is a testament to the movement that we’ve built together. Not only did we hit this high bar set by the DNC, but more importantly, together, we changed and shaped the entire national dialogue around climate change.

In recent presidential cycles, climate change got little attention from the candidates, the DNC, or the media. We vowed to change that in a big way and succeeded. Many of the campaigns started with little attention to climate, but since our campaign began, we’ve seen almost every serious candidate put out a climate plan; we’ve seen climate come up in both debates; and we now have two networks hosting nationally-televised climate forums in September. Most importantly, we have introduced a detailed and comprehensive policy blueprint for bold climate action and transformation to a clean energy economy. We will fight to ensure this gold standard of climate action is adopted and executed by our party and our next president.

What we accomplished together is a testament to the power of a small group of people of strong conviction committed to making a big difference. I am confident our work will resonate throughout the remaining months of the campaign.

Before I decided to run, Trudi and I — my wife of nearly 47 years — decided in our final days we wanted to be able to tell our three grandchildren, Brody, Zoe, and Chase, that we had done everything in our power to defeat this crisis.

It is because of you and hundreds of thousands of others in this movement that we can now say that we have enjoyed one of life’s greatest gifts — to make a difference on a big issue. After more than two decades in this fight against climate change, today I am more hopeful than ever that we can achieve a critical mass to solve this crisis, because of the incredible grassroots movement we’re building together.

As we turn to the future, I will have more to say about what comes next for me in the days ahead. I can assure you that I will continue to lead, to demand bold action, and to do everything in my power to ensure the fight to defeat climate change stays at the top of the national agenda.

But for now, I want to once again thank everyone who helped in this effort. We have so much to be proud of. Make no mistake, we also have a lot more work to do.

So early to bed, early to rise, work like hell, and organize. Together we will continue the fight to defeat the climate crisis.

Conclusion: So above is the Washington Gov. Jay Inslee exits presidential race, vows to continue climate change fight article. Hopefully with this article you can help you in life, always follow and read our good articles on the website: Ngoinhanho101.com 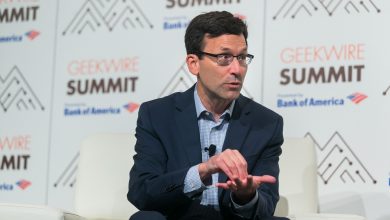 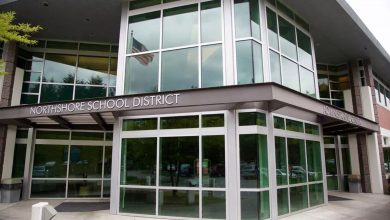 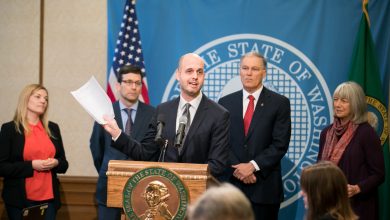 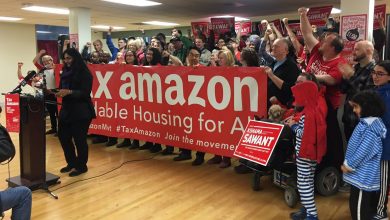