This week on Geared Up, we talk about the latest rumors saying that Microsoft is working on a new secret new foldable Surface tablet device that will be able to run Android apps and iCloud services, with a stripped-down Windows Core OS. This will likely be more of a mobile device than a laptop, with LTE and 5G options available. This reminds me of the Microsoft Courier project from back in 2009 — take a look at the embedded video below.

Apple and Spotify’s battle intensifies in court, with the two companies going back-and-forth in a public battle.

Finally, we also talk about the death of YouTube creator, Etika, and the state of mental health of content creators in this day and age.

Here’s the video of the aforementioned Microsoft Courier foldable tablet if you want to check it out:

Conclusion: So above is the Geared Up: Microsoft’s mystery foldable Surface tablet; updated Nintendo Switch Mini; and Apple vs. Spotify intensifies article. Hopefully with this article you can help you in life, always follow and read our good articles on the website: Ngoinhanho101.com

GeekWire Podcast: Why millennials love Amazon; the ‘Uber for kids’; and Microsoft the Musical 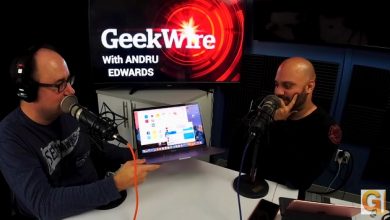 Is the new MacBook Pro really worth the price? Hands-on with Apple’s high-end notebook 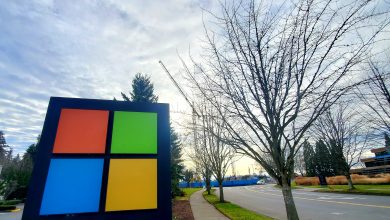