You are interested in GeekWire Radio: Behind the scenes of the Internet with F5 CEO John McAdam right? So let's go together Ngoinhanho101.com look forward to seeing this article right here! One of the largest tech companies in the Seattle region is one you don’t often hear about: F5 Networks, whose technologies manage Internet traffic — helping online services and cloud applications run smoothly, securely and reliably. F5, based on the Seattle waterfront and traded on the NASDAQ, has more than 3,300 employees, $1.5 billion in annual revenue and a market value of $8.4 billion.

Leading the company as CEO is John McAdam, who joins us on this week’s GeekWire radio show. It’s a fun conversation, providing a behind-the-scenes perspective on the Internet from a company that many of us rely on every day, without knowing it.

“If you’ve taken money out of an ATM machine, or you’ve booked an airline ticket, or traded a stock, or did some social networking, there’s every chance you’re using our product,” McAdam explains.

McAdam, a native of Scotland, talks with us about the company’s growth and evolution, the explosion in mobile technologies, and the related security and privacy issues that come along with the increasingly pervasive role of the Internet in everything we do.

That conversation begins in the second segment of the show, at 9:15 in the audio player below. You can also download the show directly via this MP3 file.

The show begins with our weekly news roundup, covering topics including Amazon’s big smartphone teaser, its dispute with Hachette and Stephen Colbert lampooning the company for delaying his book as a tactic in its negotiations with the publisher.

Also see our coverage of Apple’s iOS 8, including a new location-based feature that surfaces relevant apps when you walk into a Starbucks or Costco, for example.

App of the Week: Sky Guide for iPhone and iPad.

Name that Tech Tune: Do you know the video game associated with this tune? Send your answer to [email protected] for a chance to win tickets to the GeekWire Meetup and Tech Trivia Night, Thursday, June 26 in Seattle.

Podcast Bonus: This week’s podcast includes an extra segment that didn’t air on the radio, including a discussion of John’s AT&T “unlimited” data woes. We also issue an impromptu public challenge to T-Mobile’s John Legere: We’ll both switch to T-Mobile if he agrees to join us as a speaker at the GeekWire Summit on Oct. 2 in Seattle.

We also delve into more of the details of iOS 8, including Apple’s decision to allow third-party keyboards, including Swype. And we discuss the debate over Wagon, the new service that is like Uber for moving large objects.

Conclusion: So above is the GeekWire Radio: Behind the scenes of the Internet with F5 CEO John McAdam article. Hopefully with this article you can help you in life, always follow and read our good articles on the website: Ngoinhanho101.com 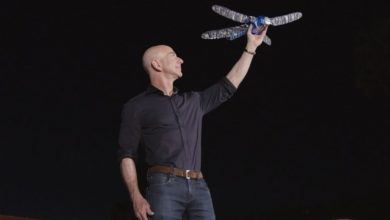 GeekWire Summit Highlights: Bill Gates, the race to a COVID-19 vaccine, and the future of devices 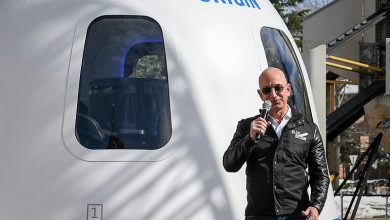 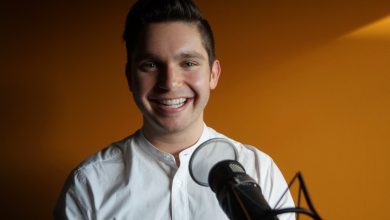