A patent application from Apple is all about a foldable device with a clever hinge design and it has tech watchers beating the drums for what Apple could bring to the table in folding phones with, if any, a difference.

Nonetheless, patent talk over a foldable device with Apple’s name attached is not new. As the BBC said, “it marks the latest in a series of patent filings by Apple over the past five years related to foldable devices.”

Rob Thubron similarly reminded his TechSpot readers that Apple has been working on a foldable phone for years—”and we’ve seen several patent applications hinting at what the final design might look like.”

This one, though, has an attractive nuance in that there are no creases. “No creases here,” said TechSpot on Wednesday. “The hinge has been an issue for several foldable devices,” Thubron said, and the issue being handsets that show screen creases when unfolded.

Gizbot likewise mentioned the hinge factor: “The hinge plays a crucial role in foldable smartphones…The new design is a radical improvement in comparison to the fragile folding smartphone displays we’ve seen so far.”

According to this patent’s discussion, movable flaps extend to cover the gap when unfolded. Then flaps retract when the phone is folded.

MacRumors had let the world know about this on Tuesday: “Apple this week has been granted a patent for a foldable device with a unique hinge mechanism that utilizes movable flaps to help prevent the display from being creased or damaged when folded.”

What about Motorola’s foldable Razr? Joe Rossignol in MacRumors said early reviews indicated creaking sounds when the device was opened or closed.

A bit of recent history on the creak factor:

A video of a in-store Razr demo unit creaking when the device was folded or unfolded and with similar videos by other early adopters of the device were posted. But interesting reader comments in Notebookcheck included a few comments in defense.

“One thing I notice with a number of those people complaining, is that in their video where they demonstrate the issue, they’re all pressing on the screen while folding it shut…When you’re folding or unfolding the phone, try handling it by the edges or the back.” Another said, “you should not ‘press down’ on the screen when opening or closing.”)

The title of the patent application is “Electronic devices with flexible displays and hinges,” dated Feb. 4. It was first filed back in 2016.

Some of the wording in the abstract: “An electronic device may have a flexible display that overlaps an axis. The display may be supported by a housing. The housing may have first and second portions that rotate relative to each other about the axis… A hinge mechanism may be used to ensure adequate separation between the first and second portions when the housing is bent. Movable flaps may be retracted when the housing is bent to create room for a bent portion of the display.”

With vendor activity around plans for a future of foldables, this Apple patent concept drew genuine enthusiasm from a number of tech watchers.

Gordon Kelly in Forbes wrote in terms of “a remarkable new hinge mechanism which allows the middle of the display to bow outwards before folding over. This creates a much softer bend inside the hinge to maintain structural integrity while stopping the crease from forming and opening the door for Apple to use less flexible glass panels.”

Kelly added that this softer bend should result “in less pressure being applied at the point of the curve, a crucial improvement given how (infamously) fragile folding smartphone displays have been so far.”

AppleInsider‘s Malcolm Owen also offered a patent-talk translation of what Apple had in mind about the bend design:

“Apple’s solution is that it needs to bend the display in a certain way, specifically by allowing the middle section to bow outward slightly before making the curve around. By doing so, this can allow the main sections and edges of the display away from the curved area to meet up as close as they can, while allowing the bending section to do so at an enlarged radius, minimizing stress.”

Interestingly, while nearly all reports on this foldable had the standard “this-is-only-a-patent-may-never-be-actual-thing” advice, the Forbes article suggested this patent idea was at least plausible as a product in the future.

Kelly: “When will this folding iPhone arrive? Certainly not this year, but 2021 will bring a third generation of folding Android phones and I’d expect Apple not to want to be much further behind than that, even if it is famed for entering new markets fashionably late.”

Kelly is not alone in the “fashionably late” observation. The BBC quoted an analyst. “Apple has a long history of assessing technology and only jumping into the market when it feels a particular technology is mature enough or that it can use it in a way that makes a meaningful difference to its products,” said analyst Ben Wood.

Meanwhile, a few reader comments on MacRumors indicated the very idea of a foldable phone was not top of mind for every smartphone consumer. “Can’t wait for this stupid foldable trend to go away!!!” Another reader voiced a preference instead for self-folding clothes. Another said that beyond “morbid curiosity, no one actually wants this product.”

Still, the patent concept is impressing those who do find a folding phone design not only attractive but helpful. One reader comment said, “if you can fold my standard iPhone to half the size in my pocket—that would be rather nice, or perhaps if you make my standard iPhone twice the size and I can use it almost like an iPad mini that would also be pretty cool.”

Conclusion: So above is the Patent talk: Apple crease-free foldable sparks hopes for fresh phone article. Hopefully with this article you can help you in life, always follow and read our good articles on the website: Ngoinhanho101.com

Samsung upgrades folding smartphone in move to rev up sales 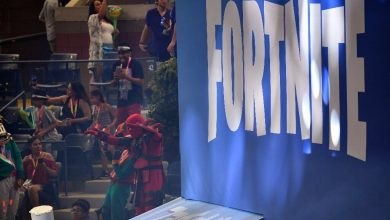 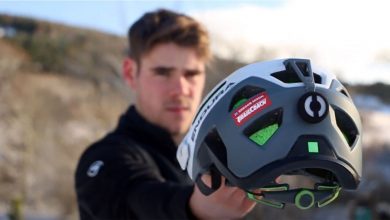 Google releases Blob Opera just in time for the holidays