You are interested in ‘Recalc or Die’: 30 years later, Microsoft Excel 1.0 vets recount a project that defied the odds right? So let's go together Ngoinhanho101.com look forward to seeing this article right here!

Microsoft has recently been making lots of apps for iOS and Android, despite the fact that those platforms are rivals to its own Windows operating system. But this is actually not a new phenomenon at the company.

Just ask Doug Klunder, the lead developer for Microsoft Excel 1.0, who quit his job after Bill Gates and other Microsoft leaders decided to shift the original Excel project from MS-DOS to the Apple Macintosh more than three decades ago.

Klunder ended up coming back to Microsoft and finishing the project, after an ill-fated stint as a farm worker in the lettuce fields of California. But even today, with Excel still going strong, he isn’t convinced Microsoft made the best choice.

“I’m still not entirely sure it was the right decision,” he said this week, laughing with his former Excel colleagues. “In some ways it worked out well, but it did put us years behind, because we shipped on the Mac and gave Lotus that much longer to consolidate on the PC platform. I still think we could have taken them on.”

Klunder was one of four members of the Excel 1.0 team who joined us to record a podcast (below) at the GeekWire offices this week, reflecting on the creation of one the most important products in Microsoft’s history. Software developer Mike Koss, the unofficial historian of the original Excel team, brought an original 512K Mac running the first version of Excel on floppy disks, a “Recalc or Die” motorcycle jacket and shirt, technical documents and other memorabilia from the Excel 1.0 era — mementos of a landmark Microsoft product.

“Microsoft really bet its future on two programs at right about the same time: Excel and Windows,” Klunder said. “If both of them had failed, Microsoft wouldn’t be here today. Both of them succeeded. It really helped cement Microsoft’s role.”

This weekend, many of the original Excel team members are getting together to celebrate the 30th anniversary of the software’s release, along with others who have been involved in Excel over the years. (Members of the extended Excel family should email [email protected] for info and to RSVP.)

Thirty years later, their passion for the project still runs deep — as evidenced by Klunder sticking to his guns on the company’s Mac vs. DOS decision. It’s clear that one of the main reasons Excel beat out rivals such as Lotus 1-2-3 and VisiCalc was the determination and ingenuity of the original team.

Of course, there were other factors, as well.

“It’s important to point out that largely it was a matter of ripping off really good ideas from other products,” said Jabe Blumenthal, who was Microsoft’s first program manager, working on the Excel team. But he quickly noted, “Doug will take exception to that because he did some really cool original stuff.”

Klunder said, “We certainly ripped some stuff off, but we also did some things that nobody else had done at the time and probably hasn’t done since — some of which are really insane, and some of which turn out to be pretty handy.”

This is where “Recalc or Die” comes in. One of Excel’s features was “intelligent recalc,” created by Klunder, which gave Excel an advantage over Lotus 1-2-3 by being smart about the way it recalculated cells in a spreadsheet.

Rather than recalculating all the cells when one cell was changed, it selectively recalculated cells affected by the change — making the program more efficient and improving its performance on the limited hardware of early personal computers.

But the significance of the feature was also a risk, because Klunder was the only one who knew its secrets.

“Just imagine having this product where one of the key components of it is really only understood by this guy who will quit routinely and go be a migrant farm worker down in California,” Blumenthal said, laughing with the group. “It was not necessarily the most traditional or stable of environments.”

Excel was a learning experience for everyone. Blumenthal, for example, recalled initially being skeptical about his colleague Steve Hazlerig’s idea to “print” a document to the screen as a way of checking the output before printing to paper. Blumenthal couldn’t understand why anyone would want to do that. But he recognized that he could be wrong, and that Hazlerig had more experience with printing than he did. And so he let the feature live.

“I’m so, so glad that I don’t go down in history as the person who killed Print Preview,” he said.

Blumenthal pioneered the position of program manager at Microsoft, and the way he handled the Print Preview situation was characteristic of the best program managers, said Jon DeVaan, another Excel 1.0 team member, who would go on to become a high-ranking Microsoft Windows and Office engineering executive before leaving the company in 2013.

“The best program managers do what you just said,” DeVaan told Blumenthal during the conversation this week. “The people that struggle more in the job are the people that want to be in charge, and that doesn’t work out so well. The reality is, everybody is really passionate about what they do, and they want to have a voice in how things turn out. The best way to handle that is to allow the expression to happen, and come up with a good decision.”

Among other tidbits, they shared the fact that the product almost didn’t end up being called Excel. “Odyssey” was the code name, and product names that were considered included “Master Plan” and “Mr. Spreadsheet,” before a professional naming firm came up with the final brand.

Many of the original Excel team members still use the program today — the RSVP sheet for this weekend’s party is an Excel Online document — and take pride in the software’s impact on the world.

“It’s been so much fun,” said DeVaan. “Everywhere in the world I’ve ever been, people know what Excel is, and can tell their stories about how it empowered them, and it’s just awesomely cool.”

“It’s not like there wouldn’t have been a dominant spreadsheet in the world had it not been Excel,” said Blumenthal. “It’s always important to start these things off by saying, the brilliant invention was the invention of VisiCalc. But it’s so cool that I got to participate in this thing at such a ridiculously young age with a whole bunch of really fun and inspiring people to work with. Every day I thank my lucky stars for having had that experience.”

“The world, I don’t think, looks any different than it would if we hadn’t done it, because somebody else would have done it,” he said. “But that’s OK. We got to participate in something incredibly fun.”

Conclusion: So above is the ‘Recalc or Die’: 30 years later, Microsoft Excel 1.0 vets recount a project that defied the odds article. Hopefully with this article you can help you in life, always follow and read our good articles on the website: Ngoinhanho101.com 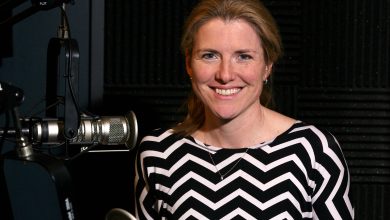 Q&A: Margaret O’Mara on the history of innovation and what makes a tech hub tick 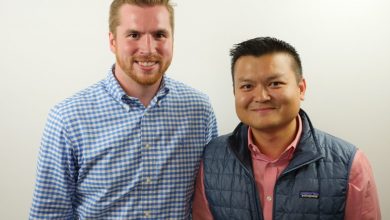 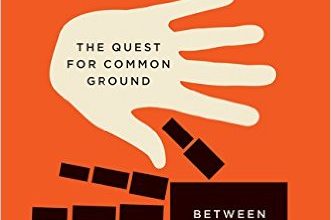 Q&A: John Markoff on self-driving cars, the robot revolution and the chances of a ‘job-pocalypse’ 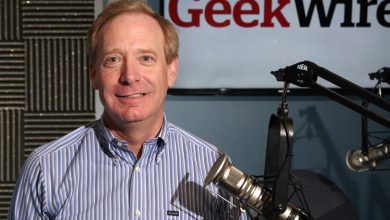