You are interested in Selfishness is not the way forward: Researcher makes the case for shared spectrum right? So let's go together Ngoinhanho101.com look forward to seeing this article right here!

“Radio frequencies are a natural resource, and as such, there is fierce competition on who gets to use them. It really is a fight over natural resources, and we must work toward a more fair and sustainable use of the radio spectrum,” says Marja Matinmikko-Blue, senior research fellow and adjunct professor from the University of Oulu.

As the mobile telecommunication world is gradually shifting to 5G, the fight over frequencies is going on as strong as ever. Whoever has control of the spectrum will hold on to it and not let others use it, even if they themselves are not using it everywhere. Think of it like this: There is a village, and in this village, there is a farm that has more water than it needs for irrigation. But instead of sharing the water with others who want to grow crops, they keep it to themselves to use at a later time. Sharing water instead of just sitting on it would grow the total yield for the entire village.

Holding two Ph.D.s in telecommunications engineering and in industrial engineering and management, Matinmikko-Blue has been making the case for shared spectrum use for years. She says the opposition to sharing underutilized spectrum is still strong after decades of intensive research on spectrum sharing that would allow wireless systems to operate in the same frequency band following predefined rules and conditions.

“The fact is that for all the G’s, they have always wanted to have all the frequencies they can get. 3G, 4G, 5G, it’s always the same. The problem is that there are other users on those frequencies already, so what’s the solution? Push others out? Or share?” Matinmikko-Blue says.

“Mobile network operators always want more and more spectrum because they see that as being their competitive edge and a way of maintaining their position in the marketplace. They want to restrict competition and keep everyone else out. And there are huge forces at work here, because everyone is vying for the same frequencies. The telecom operators are on one side of it, terrestrial broadcasting or satellite companies on another, and so on.”

Matinmikko-Blue is in her early 40s, but has already been working in the field for over 20 years. She first got into telecommunications when she landed a summer job as a student at Nokia and their plant in Oulu, being around network equipment like base stations.

“That was the time when 3G was coming around. I remember being in a training where a tech person explained what’s inside these new boxes and how they work. That was the thing that really sparked my interest in this stuff, this hands-on experience. And realizing that Oulu is actually quite the hotspot for telecom, both in research and in industry,” Matinmikko-Blue says.

When she got back to her studies, she enrolled in a lot of telecommunication classes, taking the same courses as the electrical engineering students. The ball had started rolling, and she found herself being drawn to a researcher’s life. The next major step in her career was as a research scientist at VTT Technical Research Centre of Finland Ltd., where she ended up working for 15 years.

“VTT had a lot of close collaboration with industry and I learned a lot while I was there. I was a young woman in my twenties there, so it was not always easy, but I had a lot of responsibility there, being in charge of projects. I also got involved in a major EU project called WINNER in 2004, with all the big companies in the industry. I was lucky to be 25 years old and being able to work with all these people who had so much more experience than I.”

Matinmikko-Blue found herself working in close collaboration with industry and regulators on mobile communications spectrum requirements for the World Radiocommunication Conference in 2007 at the International Telecommunication Union, or ITU. Increasingly, she became involved in bridging the gaps between industry, academic research and regulators. In this role she got a call from the University of Oulu and was offered a position there, which was tailored to her expertise.

“It really was a position built around spectrum management, regulation, industry collaboration and research, and everything I was interested in. They had realized that this is a critical part of telecommunications research, seeing how things work in the real world and what are the forces that drive or oppose change,” Matinmikko-Blue explains.

And change is something that Matinmikko-Blue believes in strongly. In the future, she wants to see a world where spectrum sharing is the norm, for many reasons.

“It is about efficiency. If there is spectrum that’s not being used efficiently, it is a resource that’s being wasted. It is also about equality. 5G is happening in the big cities, it’s not reaching the rural areas or remote locations. If there was local licensing, smaller stakeholders could set up their own wireless networks to serve less populated areas where operators do not build their networks. And it is also about taking control. Right now, businesses are beginning to look at networks as something they want to have control over and not have to rely on operators to make changes in the quickly changing world,” Matinmikko-Blue says.

A turning point in the conversation

Right now, the world is also dealing with the COVID-19 crisis that is affecting everyone. This crisis has also highlighted the need for reliable telecommunication networks. Online teaching is just one example, but it underscores the meaning of connectivity in modern society, and how that connectivity has the power to join people together or separate them.

“If we leave spectrum management, local licensing, sharing of this natural resource to the whims of the marketplace, it will not happen. Not in a world where we still grant exclusive nationwide rights to deploy 5G networks for decades. Money should not be the only yardstick with which we measure success,” Matinmikko-Blue muses.

And this concept of allowing different stakeholders to operate their own local cellular networks is picking up momentum. Matinmikko-Blue says that she really felt a change happen in the European Conference on Networks and Communications (EuCNC) that took place in Oulu in 2017.

“At the conference I was in a panel discussion explaining the upcoming 5G spectrum situation and its potential ramifications as well as options in moving forward, and I really felt that it was a kind of a turning point. All these EU representatives and national regulators were attending and they picked up the conversation. Who gets to operate 5G networks? This has been a conversation that has been slow in getting started but is gaining momentum. However, in Finland the operator dominance has continued in 5G and the same auction mechanisms are still used although the spectrum bands have very different deployment characteristics,” Matinmikko-Blue says.

Matinmikko-Blue has been putting in a lot of effort to this. She has worked on cognitive radio systems and chaired studies on them at the ITU. She has also led the development of pioneering Licensed Shared Access field trials in Finland using 4G networks and developed local 5G licensing and alternative local operator models. She has been the advocate for pushing stakeholder management perspectives into spectrum discussions to respond to the changing world. As such, she does see encouraging examples of optimizing spectrum use in different countries.

“In the United Kingdom, for instance, the regulatory body is very progressive. If an operator is not utilizing a part of their spectrum, there are mechanisms that allow the band to be put to good use. The UK regulator has been inspired by our studies. In addition to Britain, local licensing has become possible in several other countries in the past few months,” Matinmikko-Blue says.

Matinmikko-Blue is also the Research Coordinator of 6G Flagship. Together with 30 international experts, she has been writing a White Paper on the connection between 6G and United Nations’ Sustainable Development Goals (UN SDGs). The final paper is out this summer and it is built around the idea that the UN SDGs should drive the development of 6G.

With all of this, Matinmikko-Blue is invested in building a world where flexibility and sharing are a given and where efficient spectrum use is seen sustainable at a societal level. Of course, change happens slowly especially when a major paradigm shift is needed. But technology continues to evolve at an ever faster rate. Just look at where we were ten years ago, where we are now, and think of where we will be in another ten years’ time. Especially if we think of the entire village, not just our farm.

Conclusion: So above is the Selfishness is not the way forward: Researcher makes the case for shared spectrum article. Hopefully with this article you can help you in life, always follow and read our good articles on the website: Ngoinhanho101.com 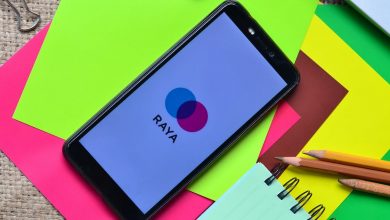 Exclusive dating app for celebrities and influencers: Why Raya has been called ‘the Illuminati of the Tinder world’ 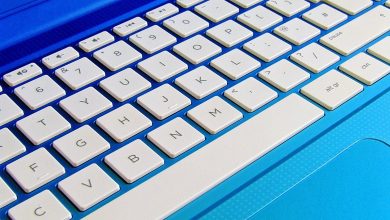 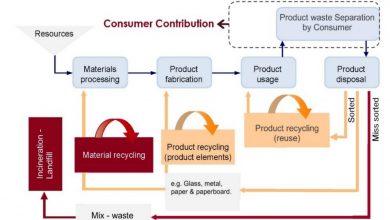 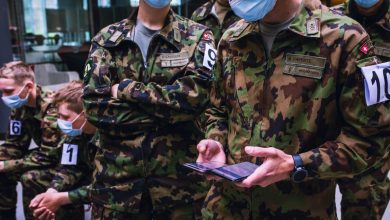